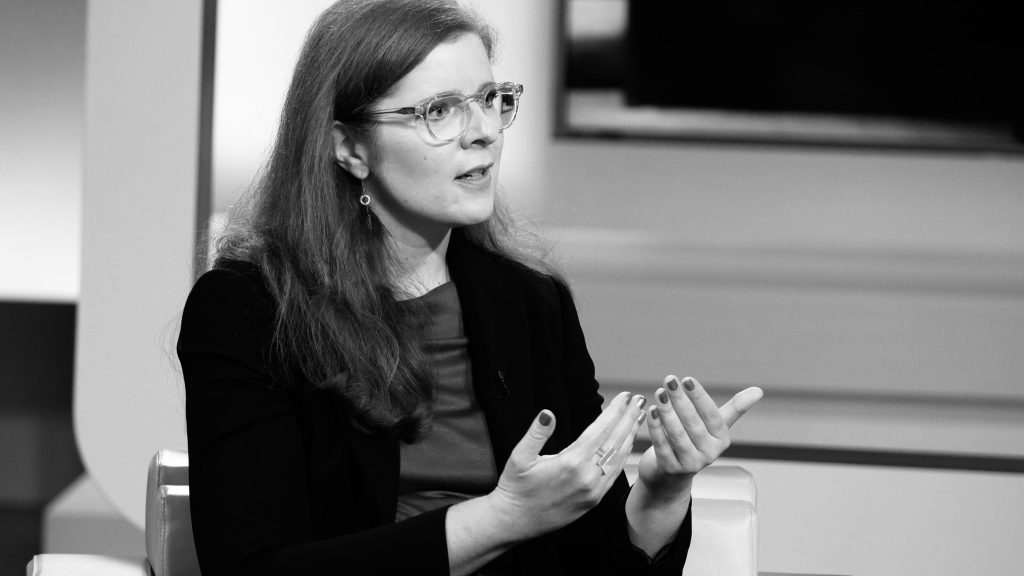 I am an expert commentator on immigration, Brexit and EU citizens’ rights. I have written for the Guardian and other newspapers and online media to inform debate, have appeared on the BBC, Sky News and German TV stations ARD and ZDF, as well as in various radio programmes in the UK and abroad. Please see below for a selection of contributions and appearances.

The Guardian
Election 2019: our panel’s verdict – and what the results mean for them
13 December 2019
It seems almost like a homelessness of the soul; a rupture in the love for this country that many of us have felt for decades.

Five million EU and UK citizens have spent 1,000 days in limbo. It has to end.
21 March 2019
I have seen the impact Brexit’s uncertainty is having. The EU must protect citizens’ rights – it is a question of basic humanity.

Javid’s post-Brexit settlement plan does nothing to reassure EU citizens
21 June 2018
Far from providing comfort, the scheme for EU citizens in the UK leaves dozens of our questions unanswered.

The shameful Windrush saga has struck fear into EU nationals’ hearts
17 April 2018
The government has shown itself to be incompetent and untrustworthy. EU citizens in the UK are in danger too.

EU citizens are only Brexit collateral now
27 February 2018
Tory hardliners cheered a fall in net migration from Europe, despite it causing harm – while we remain ignored, in limbo.

The Tories tell us the rights of EU citizens are now secure. It’s a lie.
8 December 2017
As an EU national, I take no comfort from today’s report on the progress of Brexit negotiations: we are still being shabbily treated and our futures remain in limbo.

I’m an EU citizen in the UK. Theresa May’s offer leaves us in limbo
27 June 2017
The government could have made concessions over our status, but proposals including special ID cards are pushing some to consider leaving altogether.
HuffPost

After 3 years of Brexit limbo for EU citizens, I’m falling out of love with this uncaring EU
20 June 2019
Where is our home now given that we have been effectively abandoned by both the place we live in and the place we come from?

Denying EU citizens their vote is an abysmal moment in Brexit Britain. It cannot stand.
24 May 2019
The government now stands at a crossroads, and the first step they must take is to expand full voting rights to every permanent citizen in the country.

I’m an EU national, and this is how Brexit has hit my mental health
16 May 2019
I used to say that I have a teflon skin, but since the referendum I’ve experienced everything from unprecedented stress to online threats to being followed.

Brexit has normalised what is not normal – and EU citizens are the first victims
10 April 2019
That the government of a European country is not only contemplating no deal, but actively choosing to make it a real possibility is one of the greatest derelictions of duty we have ever seen.

The UK has finally made EU citizens’ rights a priority after Brexit – now it is the EU’s turn to do what is right
28 February 2019, with Axel Antoni
The unanimous passing of the Costa amendment by MPs marks a crucial watershed in the fight for EU citizens’ rights in the UK. Now EU leaders must make the same commitment.

MPs have no excuse not to end uncertainty for EU citizens in Britain – and our citizens abroad
22 February 2019
In a responsible society five million people cannot be sacrificed on the Brexit altar.


The future of EU citizens in the UK has never been more uncertain – politicians must take action or forever be remembered for failing millions
18 February 2019
For over 965 days now we have been one of three things – often all three together: bargaining chips; a punching bag; and subjects of hate.

Scrapping the settled status fee for EU citizens is positive, but not enough
23 January 2019
It is critical that we do not lose focus – waiving the fee does not take away the problems with the application process

From today, EU citizens in the UK will be forced to pay to apply to stay in our homes
21 January 2019
For millions of Europeans like me, today is a difficult watershed moment – settled status will no doubt create a new Windrush generation

EU citizens have been failed time and again. With only precious few days left to make a change, will the UK finally stand up for us?<
7 January 2019
EU citizens remain in the place they have been since 2016: right at the centre of the storm, but with no representation and no shelter in sight.

This is the last Christmas before EU citizens’ rights fall off the cliff edge – we must not let them
25 December 2018
As the year comes to a close I am desperately trying to find some words of hope. But I am afraid this year the reality is that I really cannot find them anymore.

This week’s Brexit developments have yet again produced a perfect storm of problems for EU nationals
7 December 2018
In many ways all of this has been an integral part of daily life for EU citizens in the UK since the referendum. What makes it extraordinary now is that over two years have passed and nothing has changed.

Theresa May’s Brexit fightback is just another opportunity to vilify EU citizens like me
19 November 2018
In less than a week, our Prime Minister has reduced us from ‘valued citizens’ to ‘queue-jumpers’. That is not only shameful, but also intensely worrying.

Theresa May’s Brexit deal has killed off any hope that EU citizens’ lives will remain the same
15 November 2018
Negotiators on both sides have failed to protect what they have always claimed was their first priority.

EU citizens being forced to prove their right to work after Brexit shows the endgame for us has come
31 October 2018
I thought that I had now seen it all. That we had reached rock bottom in terms of how low the UK government would be prepared to sink – I was wrong.

Metro
We knew EU citizens could be stopped from voting, yet those with power did nothing 23 May 2019 A part of me had been dreading the day of the European elections. Not because of the likely success of the Brexit Party nor the prospect of a divided Remain vote. No. The reason a part of me was dreading today is that I knew two weeks ago what we are seeing confirmed now: that probably thousands of EU citizens have been denied their vote. It’s the day we were meant to leave the EU and I no longer feel safe 29 March 2019 In the time that has passed since the referendum took place in 2016, one thing has continuously stood out to me – the failure of politicians and commentators, both in the UK and the EU, to grasp the severely negative impact Brexit has already had on millions of people. Settled status will create the new Windrush generation in EU citizens 29 December 2018 Settled status, if rolled out as planned, will create a new Windrush generation in EU citizens. We now have the confirmation of that in black and white.
THE

Brexit: Where now for the UK academy?
30 January 2020, with Simon Usherwood
As the UK finally leaves the European Union after years of turmoil, Simon Usherwood says it is time for remain-supporting academics to focus on the future. But Tanja Bueltmann says that for EU academics the scars are too deep

The Home Office has questions to answer about flawed survey on international students
23 May 2018
The Migration Advisory Committee’s survey was so poorly framed that any data would have been unusable, so how was it even approved?

Brexit: UK HE is not our ‘destination’ – it is our home
4 December 2017
The government’s latest Brexit reassurances are just another punch in the face for EU scholars.

The tolerant UK I love seems to be vanishing
16 June 2016
You may say ‘the referendum isn’t about you’, but it is. German-born historian Tanja Bueltmann on her watershed moment.

Play it like it’s 2016: Tories descend into anti-immigrant lies
Politics.co.uk, 21 November 2019
A government minister has lied about EU citizens every single day for the last week. Maybe this is the kind of thing you should expect from a prime minister who’ll lie to the Queen. If he’s prepared to do it at that level, he’ll not hesitate to do it against people who are marginalised and ignored. But either way, it’s pretty obvious what’s happening here. The nasty party is back.

Brexit extension: The EU just condemned migrants to seven months of ‘flexible’ uncertainty
Politics.co.uk, 12 April 2019
Flextension was a sensible compromise in a time of constant crisis. But from the perspective of EU citizens in the UK and our British friends in another EU country, it is a flextastrophe.

Hostile teaching on EU migrants is gravely failing British schoolchildren
The Big Issue, 7 February 2019
A creeping trend of anti-immigrant educational material is worming its way into the curriculum, portraying EU migrants as outsiders and criminals. These examples are not just failures in the teaching of migration, but also wider attitudes, and wider ignorance, towards the situation of EU citizens at home in the UK.

The Brexit absolution is coming — and we must stand up to it
Bella Caledonia, 29 December 2018
The fallout from leaving the EU, a policy Brexiters are all about, is one they must own. No ifs. No buts. No cherry-picking.

Queue jumpers of Europe, unite! What it’s like to feel like a stranger in your own home
Euronews, 27 November 2018
Let’s face it, forcing EU citizens in the UK to apply if we want to stay, after having heard our Prime Minister say that all we are is a bunch of queue-jumpers, is not a sign of being wanted.

First bargaining chips, now stocktaking: the plan to register EU citizens
LSE Brexit Blog, 22 June 2017
EU citizens living in the UK will reportedly be asked to register in ‘a first step towards regularising’ their legal status post-Brexit. But the purpose of this move is unclear.

Abused in the street, invited to a Brexit BBQ: the limbo of being German in the UK
LSE Brexit Blog, 7 March 2017
Politicians have chosen not to oppose the wave of xenophobia sweeping across the country, but to indulge those Leave supporters who want to cherry-pick who stays and who goes.